Couple lose weight and get toned for wedding

Most people want to look their best when they get married but this couple took it to the extreme with their body transformation. This couple lost about 5 stone between them in around four months just for their wedding day.

The result is nothing short of amazing. This kind of thing can be an encouragement to a lot of us that don’t think this kind of change is possible in a short amount of time. With hard work, determination and support it shows we can be capable of anything.

Would you go this far for your wedding day?

Abi, 29, had put on weight while recovering from back surgery to correct scoliosis (curvature of the spine) because exercise had been difficult.

Her husband, Paul, 35, had also put on weight since the pair met and weighed almost 17 stone at his heaviest.

The pair hired personal trainer and nutritionist Simon Hall and took on a 16-week healthy eating and fitness regime to get into shape before their wedding day.

She overhauled her diet in the run up to the wedding, by cutting out all sugar to start with, then eating a lot of green vegetables and lean meat. Junk food and alcohol were also off the menu. 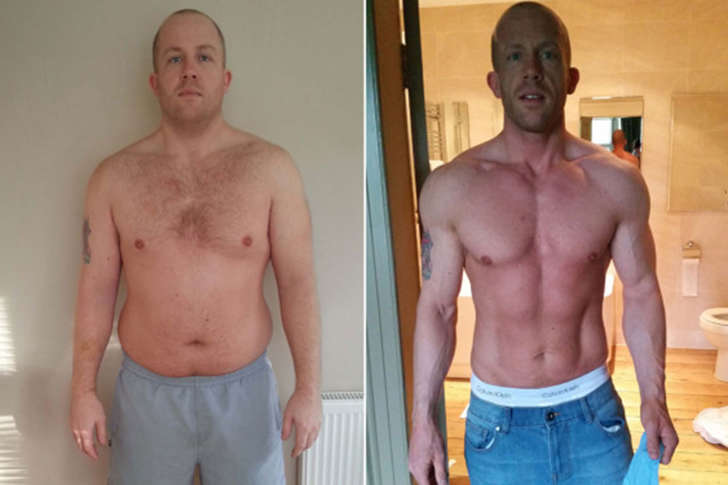 Paul before (left) and after (right) losing weight.

The pair planned meals and visited the trainer together, meaning Paul also underwent a dramatic transformation before becoming a groom.

In four months, he went from nearly 17 stone to 14st 11lb and gained a stone of muscle in the process. 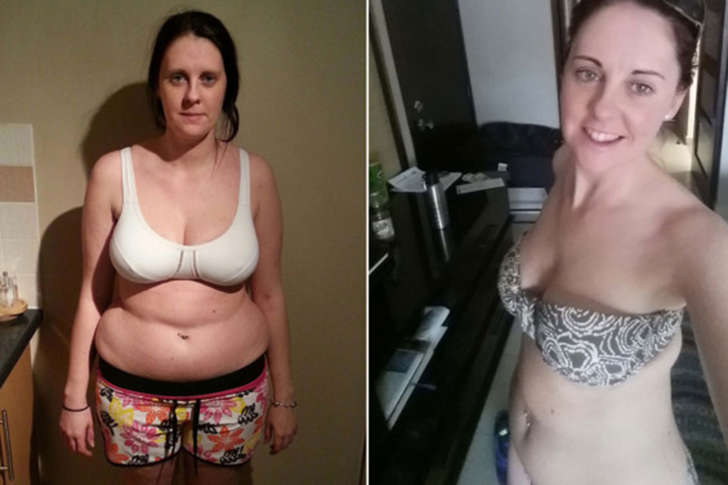 Abi before (left) and after (right) losing weight.

The couple looked at the diet and exercise plan as a form of rehabilitation for Abi after the operation, but knew it would benefit both of them.

Abi now recommends training and dieting with a partner to anyone who wants to up their fitness and lose weight.